ASU at a Glance

Arizona State University has developed a new model for the American research university, creating an institution that is committed to excellence, access and impact. ASU measures itself by those it includes, not by those it excludes. ASU pursues research that contributes to the public good, and assumes major responsibility for the economic, social and cultural vitality of the communities that surround it. 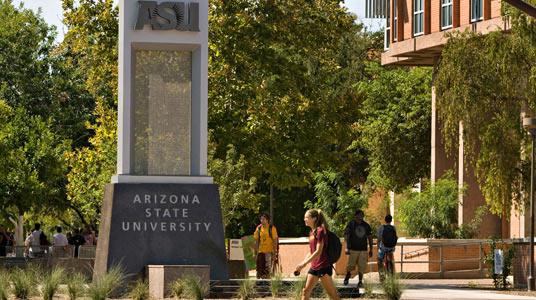 ASU ranks among the top in the nation in student entrepreneurs and is one of the top 10 producers of Fulbright Scholars in the United States. The university is home to 612 National Merit Scholars and 324 National Hispanic Scholars, and our students have one thing in common: total immersion in an innovative atmosphere where they are able to chart their own path to success. 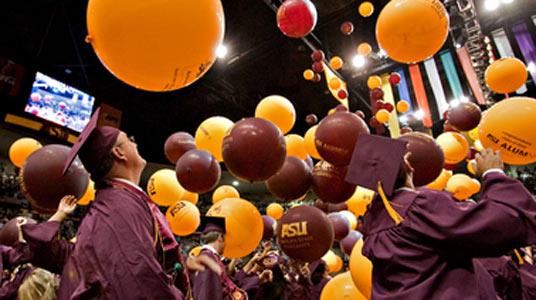 Academic programs at ASU are ranked among the best in the nation. Annual college rankings by U.S. News and World Report placed ASU's undergraduate engineering programs in the top 10 percent of all undergraduate engineering programs in the nation. Business, education, public affairs, design and arts programs at ASU were rated in the top 25 percent. Journalism students learn in the heart of Arizona's media industry: downtown Phoenix. Aviation management students have their own air field. And sustainability students get down to work in a living solar laboratory: the Tempe campus. 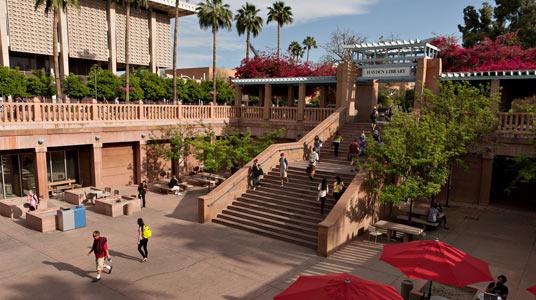 Michael M. Crow became the sixteenth president of Arizona State University in 2002. He is guiding the transformation of ASU into one of the nation’s leading public metropolitan research universities, an institution combining academic excellence, inclusiveness, and societal impact—a model he terms the “New American University.” During his tenure, ASU has achieved an exceptional record for student success, increasing the number of graduating students by more than 50 percent a year. Under his leadership, ASU has become one of the Top 100 universities in the world and was ranked by the Wall St. Journal in the Top 5 in the nation for producing career-ready graduates who succeed in business.

Crow was named by Time Magazine as one of the Top 10 college presidents in the United States. Prior to becoming president of ASU, Crow was executive vice provost of Columbia University. A fellow of the National Academy of Public Administration, he is the author of books and articles analyzing knowledge enterprises and science and technology policy. He holds a Ph.D. in Public Administration from The Maxwell School at Syracuse University and a B.A. in Political Science & Environmental Studies from the Iowa State University of Science and Technology.

Crow is committed to the success of student-athletes, both on and off the field of play. Under his leadership as chairman of the Pac-10 CEO Executive Group from 2009 to 2011, the conference undertook an ambitious, transformative agenda, resulting in the hiring of Commissioner Larry Scott, the expansion of the conference to 12 members, and a highly successful rebranding effort.

Crow understands the perspective of the athlete from personal experience. In high school, he was a heavyweight wrestler; played center and nose guard positions in football; and in track threw the shot put and discus, and competed in the long jump, triple jump and 880-yard relay. As an undergraduate at Iowa State University, he threw the javelin.

The student experience at ASU is unparalleled. With a choice of four distinct campuses in the metro Phoenix area and more than 250 academic undergraduate programs, ASU offers a personalized experience to immerse yourself in your studies and engage with community partners that provide internships, research and clinical practice. 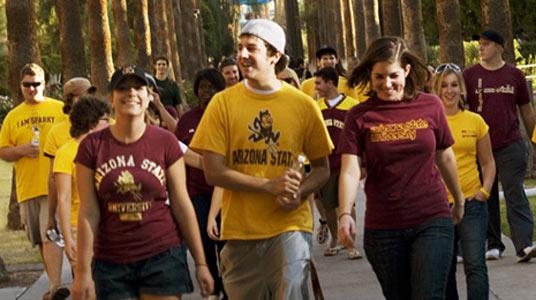