This is Sun Devil Basketball 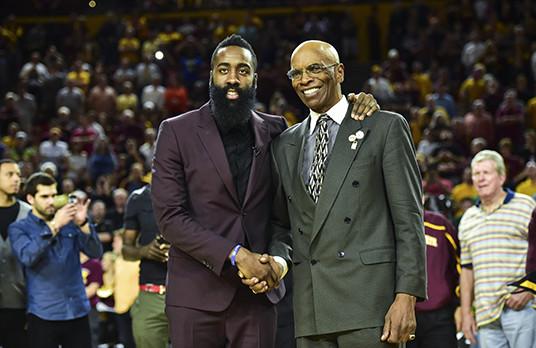 Some of the best names in Pac-12 history and college basketball are Sun Devils. There are Olympic Gold medalists like Jumpin’ Joe and James Harden. Pac-10 Players of the Year and record-holders like Ike Diogu and Eddie House. Sun Devil All-Americans turned NBA All-Stars and NBA Champions like Lionel Hollins and Byron Scott.

Sun Devil basketball is a solid history of pro-caliber athletes and excellence on the court and off. It shows in 2009 graduate Jeff Pendergraph (now Ayres), who led the NCAA in field goal percentage in 2008-09, and then hustling back on defense like Carrick Felix, the 2012-13 Pac-12 Basketball Scholar-Athlete of the year. It’s not just basketball—this is Sun Devil Men’s Basketball, now led by one of the best leaders in the history of the game, 1992 Final Four MVP Bobby Hurley.

ASU Men’s Basketball has made it to the NCAA tournament 15 times. Of these appearances, the Sun Devils made it to the Elite Eight in 1961, 1963, and 1975. The program has won eight conference championships.

Several Sun Devil greats have been selected in the NBA Draft such as Byron Scott, Lionel Hollins, Isaac Austin, Fat Lever, Mario Bennett, Eddie House, James Harden and its highest pick in history, Joe Caldwell, who along with James Harden is a gold medal winner for our Olympic team.

ASU is 58-14 (.805) at home in the past four years and has five wins over ranked teams in Desert Financial Arena in the past three seasons. The best home win in its history came on February 14, 2014, when the Devils upset No. 2 Arizona in the Territorial Cup in overtime, 69-66, as ASU has won three of the past five at home against Arizona. ASU also upset eventual SEC champion Texas A&M and No. 23 USC at home in 2015-16. 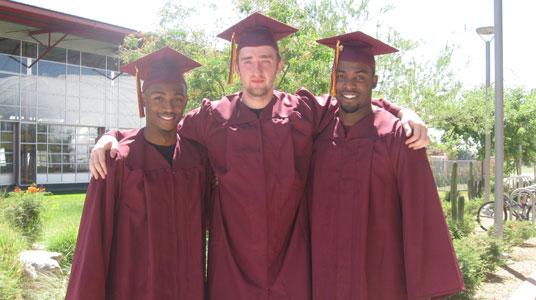 Senior Carrick Felix was named Pac-12 Men’s Basketball Scholar Athlete of the Year for the 2012-2013 season. He graduated in May of 2012 with a B.S. in Communication and earned his Masters of Liberal Studies in May of 2013 and was then drafted by the Cleveland Cavaliers that June.

Additionally, more than 60 Sun Devil men’s basketball players have earned degrees since 1990. The Office of Student-Athlete Development (OSAD) has been essential to supporting these student-athletes in their quest for an education. Past Sun Devils like Lester Neal, who played in the mid-1990s but returned to finish his degree in 2011-12, and Ike Austin have finished their degrees while past Sun Devils like Jamelle McMillan (B.S., Communications, 2011), Derek Glasser (B.S., Communications, 2010), Jeff Pendergraph (B.S., Economics, 2008) and Eric Jacobsen, (B.S., Communication, 2016) played in the NCAA Tournament and earned degrees.